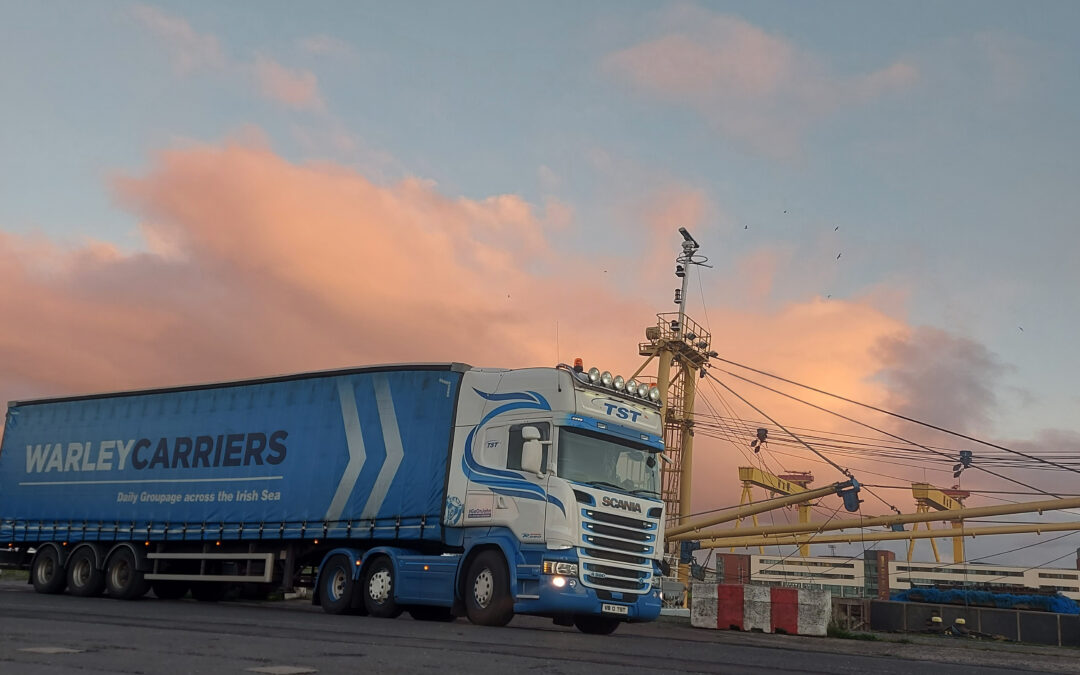 TST Group is pleased to announce its recent acquisition of West Midlands based Warley Carriers.

On Friday 11th November, TST Group completed the acquisition of Warley Carriers, a business best known for its involvement in the distribution of automotive parts for car, tyre, motorcycle, commercial vehicle and agricultural machinery manufacturers.

This acquisition will further strengthen TST Group’s position in Irish Sea distribution. TST Group is already the market leader in express, full load transportation between mainland UK and Ireland. With Warley Carriers within the TST Group, the company can now offer express overnight groupage shipments as well. Warley Carriers has also been a shareholder in the Pallet-Network since 2017 and this will remain as part of the arrangement.

TST Group is a well-established, award-winning transport and logistics company, which was founded by Liam, Shaun, Maire-Claire and the late John Reid and remains family run.

Liam Reid of TST Group explained: “Our relationship with Warley Carriers goes back more than 25 years so we know what an excellent business it is. We know the values and culture that a family led business brings, being family owned and run ourselves, and the fact that Warley has been successfully operating for almost 50 years is a big appeal for us.”

Maire Claire Reid added: “This acquisition is a ‘win-win’ for TST and our customers. As well as allowing us to offer an even broader range of services to both our clients and Warleys’, we hope it will also bring greater efficiencies. We could not be more pleased to be bringing the Warley team, facilities and assets under the TST umbrella.”

Gerry Kibble from Warley Carriers had this to say: “We are delighted to be joining the TST Group and look forward to the new opportunities that it will bring. We would like to extend our thanks to all of our customers for their support and loyalty over the last 50 years as we look ahead to the future alongside our new colleagues in Ballymena”.

The acquisition brings the total fleet to more than 100 and the combined staff to around 250.  With TST Group’s headquarters in County Antrim, and Warley Carriers being based within 10 miles of both the M5 and M6 motorways, TST Group now has two strong, central locations on both sides of the Irish Sea.